Lambda sensor – why it is necessary in the car

Lambda probe – an inconspicuous part of the exhaust system, which is talked about a lot less than about catalysts. Owing a bit of mystery, many are not fully aware of its existence. So we decided to explain to you what exactly it is, how it works, and what are the most common problems and how to deal with them. 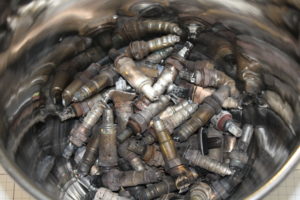 The lambda probe is simply a sensor that is mounted in the exhaust systems of internal combustion engines. Its task is to measure the oxygen content in the exhaust gases emitted by the car.

Someone would say – well, why bother to measure the oxygen level in the exhaust? after all, it’s enough to know what is the level of toxic exhaust fumes.

Well, we measure the oxygen to determine if the fuel-air mixture burns effectively in the cylinders. However, in order for the probe to work in the right way, we first need to warm it up to a sufficiently high temperature.

Where did the mysterious name “lambda” come from? Well lambda, you correctly associate with the Greek letter, which is used in determining the ratio of oxygen to fuel in the said mixture. What amount of air is therefore appropriate? the answer is quite simple – exactly what it is needed to make a certain amount of fuel burnable. Specific calculations are a topic for a chemical article, but it is worth knowing that 14.7 kg of air is needed for every kilogram of fuel.

If you want to find the probe in your own vehicle, look for it placed in a hole, specially threaded for it, located between the collector and the catalyst. If you have a relatively new car, you will find two probes – before and after the catalytic converter.

Why such extravagance? – you ask. Is not enough one? We are therefore in a hurry with the answer. The first task is to analyze the exhaust gases and their composition and send information to the engine controller. This signal helps in determining the appropriate ratio of fuel and air. Such a precisely composed mixture goes to the combustion chamber.

The second of them is diagnostics (it also took its name – a diagnostic probe). More specifically, it controls whether exhaust gas cleaning is correct. Also from this probe, the signal is sent to the engine controller to monitor if the catalytic converter is working properly. Simply put, the catalyst purifies exhaust gases from toxic compounds – nitrogen oxides, carbon monoxide and hydrocarbons. The efficiency of his work is determined by the degree of conversion, which in a car without a probe is up to 60%. In a vehicle with a probe it can be up to 95%.

What determines what mixture of air and fuel is served to the engine? It depends on the current driving conditions – e.g. from engine speed or temperature.

How will we know that something is wrong with our exhaust gases?

As soon as the values ​​collected by the probes will differ significantly from those provided by the manufacturer, the warning lamp “check engine light” or popularly known as “engine indicator” will light up on our dashboard. 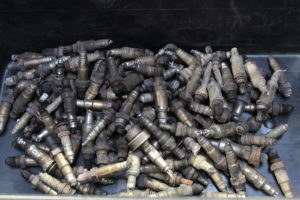 For the first time the Lambda probe was used almost 40 years ago, and precisely in 1979, and the reason for their introduction were the increasingly stringent US regulations on exhaust emissions. Currently, cars have even more than one probe, which is mounted in front of the car catalyst and behind it.

In 1992, they became mandatory equipment for the exhaust system, and eight years later they were also placed in vehicles with a diesel engine.

In the past, to make the probe work properly, it was necessary to achieve a temperature of 300 degrees Celsius. This temperature is difficult to achieve if we limit ourselves to driving around the city and short sections. Currently, therefore, specially installed heaters are installed, thanks to which the probe is ready to start working properly after 30 seconds.

What usually causes damage to this small but important part?

The most common factors causing destruction of the probe are mechanical factors (eg vibration or impact of bare lambda stone), moisture, too high temperature but also the use of poor quality, low-octane fuel, containing impurities or lead. Importantly, the life span of the probe, which is not heated, is about 80,000 kilometers. With the heater, however, it increases by as much as twice!

It is common to “clog” the probe by depositing carbon black on the ceramic. The probe’s operating time is gradually increased until it is not able to function properly.

What are the symptoms of a lambda probe failure?
Two disturbing symptoms that we have to pay attention to are increased fuel consumption with a simultaneous decrease in engine power. It is worth reacting quickly, because this failure is associated with considerable losses for our portfolio – burning may increase by as much as 50%! The increase in combustion is often recorded in city driving, not always on long distances. In addition, when the fuel is only burnt in the exhaust system, the temperature may rise significantly and the catalyst may be destroyed. In drastic cases, when we neglect the problem, the temperature may increase so much that it will self-ignite, which is extremely dangerous.
In addition, it is worth paying attention to changes in the engine speed, black smoke from the exhaust pipe, and an increased amount of hydrocarbons and carbon oxides in exhaust measurements. 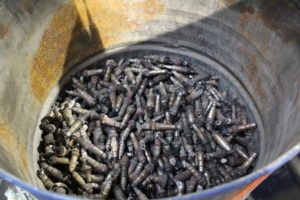 What to do to prevent the lambda probe from failing?
Prevention is extremely important here. Controls should be made approximately every 30,000 kilometers. It is not expensive, and will save us the replacement of parts, deterioration of the catalytic converter or engine components. In addition, we protect the environment.
During the inspection, the mechanic reads the error memory on the computer, he also compares the values ​​from the probe with his own diagnostic devices. The probe’s appearance is also verified. It is disturbing to observe the raids:
Red or white – use of harmful fuel additives
Black, fat coating – tells us about excessive fuel consumption,
Green – in turn about entering the cooling fluid into the combustion chamber
Brown – the air-fuel mixture is too rich in oxygen, then it is necessary to check the fuel pressure

Why does the diesel particulate filter clog?

This website uses cookies to improve your experience while you navigate through the website. Out of these, the cookies that are categorized as necessary are stored on your browser as they are essential for the working of basic functionalities of the website. We also use third-party cookies that help us analyze and understand how you use this website. These cookies will be stored in your browser only with your consent. You also have the option to opt-out of these cookies. But opting out of some of these cookies may affect your browsing experience.
Necessary Always Enabled
Necessary cookies are absolutely essential for the website to function properly. This category only includes cookies that ensures basic functionalities and security features of the website. These cookies do not store any personal information.
Non-necessary
Any cookies that may not be particularly necessary for the website to function and is used specifically to collect user personal data via analytics, ads, other embedded contents are termed as non-necessary cookies. It is mandatory to procure user consent prior to running these cookies on your website.
SAVE & ACCEPT